In order for you to take that step – the step of willingly wanting to have MORE panic and experience all of it at it’s worst – you have to finally trust that the fear is false and be sick and tired of these same attacks and the same feelings you recognize all too often. You might be afraid at this moment but you will be determined to follow your fear to the panic “source” and everything bad that you are afraid of and never come back! 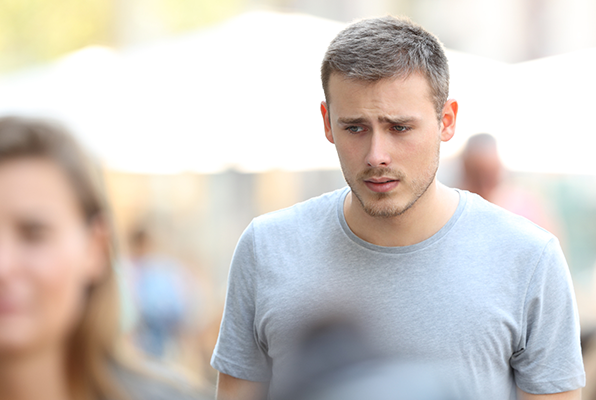 I could describe in detail what you probably imagine that to be! Like me, you will have made it 100 times worse than it really is. It SEEMS horrible and terrifying but it isn’t at all. What happens next surprises you! The whole panic house of cards collapses because you completely went to your fears without a doubt. The fears were nothing but the apprehension of them and that was the reason for your panic.

The panic attacks are revealed as nothing more than a vicious cycle, a circular thought process, an ENDLESS LOOP! They were made from 100% apprehension and nothing else – NADA… NO thing! The panic suddenly ceases and you feel an immediate calm. Now you realize that you could do this every time. There is no “unknown” anymore. The inner conflict of BEING AFRAID OF YOURSELF is over with. You have passed through the apprehension to the fear source and found nothing.

This inner conflict, I think, is the reason why panic attacks remain inside us for so long. Your nervous system really doesn’t like such a conflict.

The Fear is of a Fear

Want proof? If you force the panic to come, make it come… really, really beg for it to come… you CANNOT make it come! Try it! Right now try concentrating on MAKING yourself have a panic attack.

It’s NOT POSSIBLE! See how that works? When you WANT to have a panic attack, you can’t, and when you are afraid of having one… you get them. This is the proof that panic attacks are only apprehension.

And that is the way to resolve them.

I dealt with panic feelings on and off for 15 years and finally I realized that they never got worse – just built up and up to the same point. This was a point of fear that I SO dreaded experiencing that I would do most ANYTHING to make them go away and many times avoid the places that seemed to induce them. But after 15 years – the same feelings! I had always wondered what was passed this, beyond this feeling of fear? But I wouldn’t go there.

Or later on I would say, “I accept it” – but I really didn’t. I was still doubting while “practicing” non-caring.

Being on this other side from fear gives you the strength that comes from understanding. An understanding that you want to LOSE this fight. THIS IS IMPORTANT: You cannot CONSCIOUSLY make a panic attack WORSE by yourself. It IS as worse as it gets. That’s why when I say, “Go with it, have the worst attack possible”, there isn’t anything that can happen! You have already experienced the worst many times over, yet you want to run away from it each time, wanting it to go away by thinking, “please, please go away… I am losing my mind, losing control, I’m going to die (or whatever).” The intensity of the fear is fooling you! You have to turn the table and “approach” it with as much belief as you can muster in that moment of fear and panic (only takes a tiny bit). Let it come all 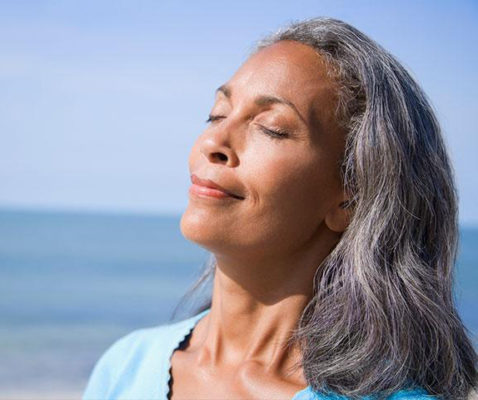 over you and do whatever it wants to AND (when you feel ready) BE DETERMINED TO TRY AND MAKE THE FEAR WORSE!!!! It’s not possible.

Not Even Close to “Going Crazy”

One comment I always remember about being anxious/panicky is that you are 180 degrees away from losing your mind (i.e., “crazy”). A “crazy person” usually has no clue he/she is crazy and is certainly not hyper-focused on controlling fear feelings. Many attacks begin with worry about a feeling or sensation such as an increased or arrhythmic heartbeat, fatigued muscles, blurred vision, dizziness, headache or stomach upset. This feeling begins to remind you of past experiences. More anxiety ensues.

Then the catastrophic thoughts about something being significantly WRONG with you take over. You, as an anxiety ridden, fearful, and perhaps perfectionist, are trying to be too much in control, TOO MINDFUL, convinced that THERE IS SOMETHING WRONG WITH YOU! NO there isn’t! Everything you are feeling has a physical explanation or reason due to your nervous system being on “alert”.

You exaggerate your feelings by thinking that what is happening to you MUST be significant and you are ONLY FALLING DEEPER INTO INSANITY! Sensations of “unreality” may appear because your neurotransmitters are taxed from your constant worrying. But you expand on that sensation as even more proof that you are “losing it” quickly.

Do you see the cycle here?

You are on the opposite side of insanity. You are TOO sane and seeking too much control in your moment of elevated tension and stress. (Cognitive Behavior Therapy teaches you to recognize this “catastrophisizing” of your feelings and substitute them with rational statements such as “It’s only a temporary uneasiness or sensation that will pass soon.”) Think of your panic attack as an emotional release because that’s really what it is! But it’s different than crying, for example, because you are also maintaining this emotional threshold by continuously being afraid of it through testing and checking on it. You are hoping for conscious control OVER the fear. 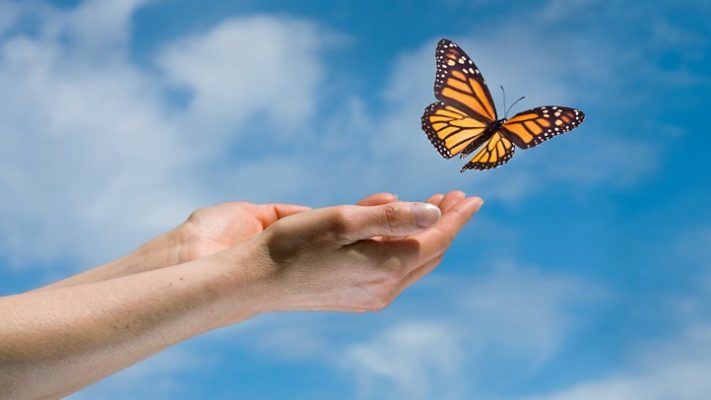 But finally just GIVING UP and letting the panic attack come on and eventually challenging it and trying to make it worse… breaks the cycle and brings you back to the center, where fear is manageable. By giving up control you get control. Funny how that works. Because at the moment of understanding the simple truth about your fear… comes control.

My years of panic were resolved in less than a minute after completely and unequivocally giving up and challenging the panic feelings to become worse. It worked! I know it can never return to me, because I have won by letting myself lose the battle (which, in reality, was winning). I am completely free of these feelings for over 21 years now. In fact, I actually WANT them to come back to prove again and again that I know the answer. But, alas, they don’t, they can’t… because I don’t fear them and “fear” in the form of apprehension was their basis. Without fear they don’t exist.

You should understand and believe that your mind and body are solid and stable like a rock. When you “think” you will die or “lose it” from your anxious thoughts, all your body is doing is WAITING for you to quit the fight within so it can return to normal. That is the natural process inside you. Your body (which your mind is a part of) wants to return to a normal, unconflicted, lower tension state if you will let it! SO let yourself lose!!! Stop fighting the panic attacks and be willing to “die” from them if that is what you fear!!! Go ahead! You won’t die. You have nothing to lose but fear itself! But that is the attitude you must cultivate – to give up the fight and be willing to give it all up and go to wherever your feelings lead you and follow that lead to wherever it wants to go. Because then you will truly see that there is NO fight to be won or lost. Just a return to normality. Looking back now it seems so simple. I hope you can do this too! Every time you feel anxious and afraid of the unknown… you will know to let it go wherever it wants and abandon yourself to it. And that is how to eventually end it, and to “control” it.

As a side note: I have also noticed in others and myself that the stomach is certainly a major reactor and a sometimes accelerator of your feelings. There isn’t necessarily an ulcer involved but likely an irritable lining of the stomach from so many acid baths in reaction to the fear response and/or locking up of the digestive tract in general (small and large colon)… this from being on “alert” so long from general anxiety.

People with anxiety are more than three times more likely to suffer nausea than other people, according to a report in the March/April 2002 issue of the journal General Hospital Psychiatry. If you feel that your gastrointestinal system might be overreacting (nausea, blah feeling, spasms, cramps, stomach pain, tickling) to your anxious feelings then I would recommend you check with a physician. A relaxed gastrointestinal system can do wonders for your mental attitude! If a dose of “pink” liquid gives you an immediate relief, then that is probably a good indicator.

The Answer Lies in the “Unknown”

I have to say it ONE MORE TIME. This abandonment to your fears is very hard to accept. In fact, I’ll bet you will just try to passively “ride it out” thinking that that’s as much as you can take! That’s a good START! But the answer lies further ahead in the UNKNOWN! That place that seems too terrible to go to. Actively going TOWARDS your fear center rather than shying away from it is an “unknown territory” and believe me I waited too many years before I did it. I spent the later years just “accepting” and “floating” which only was tolerating and avoiding. When you are ready, I hope you will go there. I passed through it and then it all became very clear and I was upset that I didn’t do this earlier. I had pondered this concept for years. All the logic and rationale POINTED to this:

Then POOF! There is nothing there.

Your fears were all fed off of themselves like a vicious cycle. And you just stopped it!

continue reading on the next page